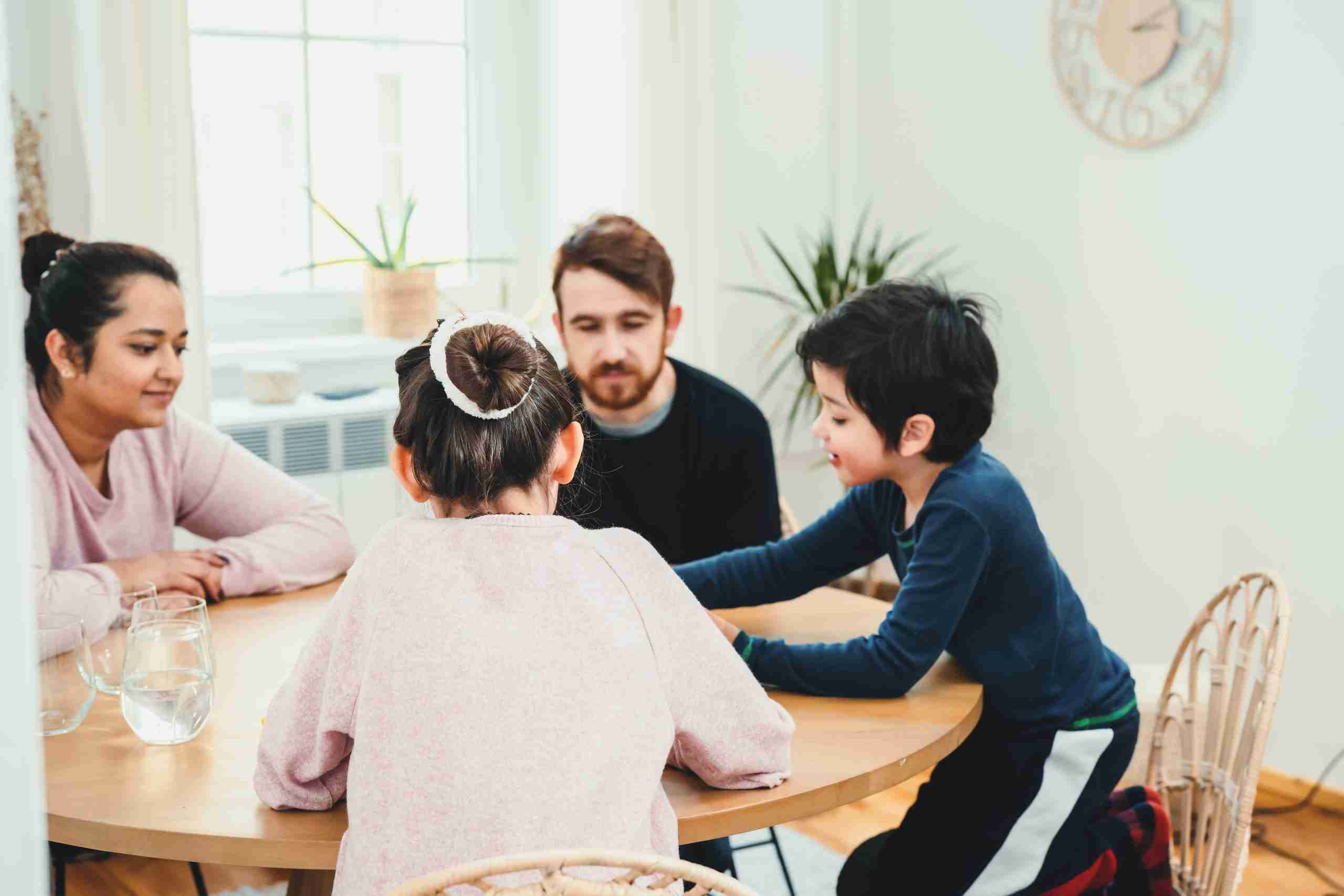 If you're a short-term rental host, you know that it's important to make sure your guests have a good time during their stay – especially if it's a rainy day! One way to do this is by providing some entertainment for them! Games are a great way to keep guests occupied and entertained. In this blog post, we will discuss 17 of the best games for Airbnb that you can use to entertain your guests!

Table of Contents
1
Why Have Games at Your Short-Term Rental?
2
Best Games for Airbnb
Cards
Candy Land
Checkers
Uno
Battleship
Ticket to Ride
Pictionary
Apples to Apples
Scrabble
Chess
Yahtzee
The Settlers of Catan
Codenames
Catchphrase
Exploding Kittens
Taboo
Cards Against Humanity
3
Which Airbnb Games are Right for My Rental?

Why Have Games at Your Short-Term Rental?

Card and board games are a great way to encourage social interaction and bonding among guests. Games also provide an opportunity for guests to take a break from sightseeing and exploring and just relax in your rental property. Providing memory-making games will install positive memories and encourage positive reviews of your property. 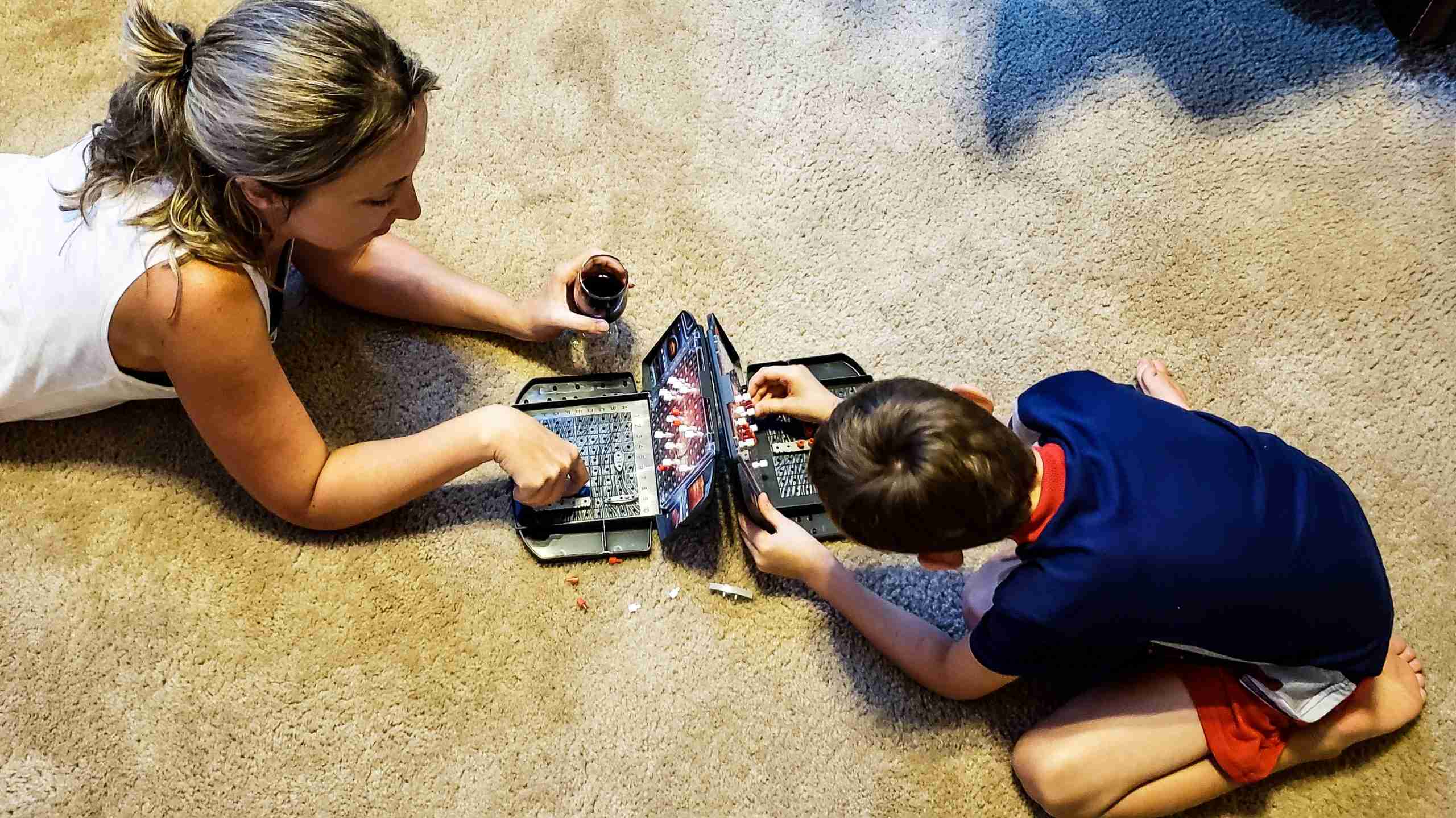 You can't go wrong with having a deck of cards available for your guests. There are numerous games to play, and guests can choose their own adventure.

Do you remember playing Candy Land when you were a kid? Race your gingerbread man pawn around the path while encountering all kinds of delicious surprises along the way. The best part is you didn't even need to be able to read to play – it is perfect for little ones aged 3 and up. With its colored cards, sweet destinations, and fun illustrations, Candy Land is sure to be a hit with your children.

You can't go wrong with a classic game like Checkers. This two-player game is perfect for guests who are looking for a simple yet fun game to play.

Uno is a simple and classic card game that can be enjoyed by groups of all ages. The winner has to get rid of all their cards before the other players – and not forget to yell Uno!

Battleship is a two-player game in which players try to sink each other's ships. The game is best played by guests who are looking for a little suspense!

Ticket to Ride is another popular board game that can be played by two to five players. The game is based on train travel, and players must collect train cards in order to claim routes on the board. It can get pretty heated as players try to steal rail space!

Pictionary is a classic game that can be enjoyed by anyone. The goal of the game is to draw pictures in order to guess words or phrases. It will quickly sort out the artists in your family from the – well – artistically challenged.

Looking for a more family-friendly version of Cards Against Humanity? Apples to Apples is a great game for kids and can be played with four or more players. The idea of the game is to guess which card best goes with the green apple card.

Scrabble is a classic board game that can help children with their spelling, and transport adults back to their English classes. The objective of the game is to score points by creating words with letter tiles on a board.

Like Checkers, Chess is another classic board game that anyone can enjoy. This two-player game is perfect for guests who are looking for a mentally stimulating game to play. Plus, there are some beautiful chess sets available that could also serve as a unique interior design choice.

Yahtzee involves very little skill and is easy for guests of all ages to handle. The game is best played with four players, and the objective of the game is to score points by rolling five dice and getting certain combinations.

The Settlers of Catan

Settlers of Catan is a widely popular board game that has won multiple awards. It's perfect for groups of friends or family and can be played by up to four players. The game is set on the fictional island of Catan, and players must compete to build the best settlements on the island.

Codenames is a word guessing game for two teams. The Spymasters give clues that can lead to multiple words on the board. The teams try to guess words of the correct color while avoiding words that belong to the other group. And, of course, everyone wants to avoid the assassin! The first team to contact all of their agents wins the game. 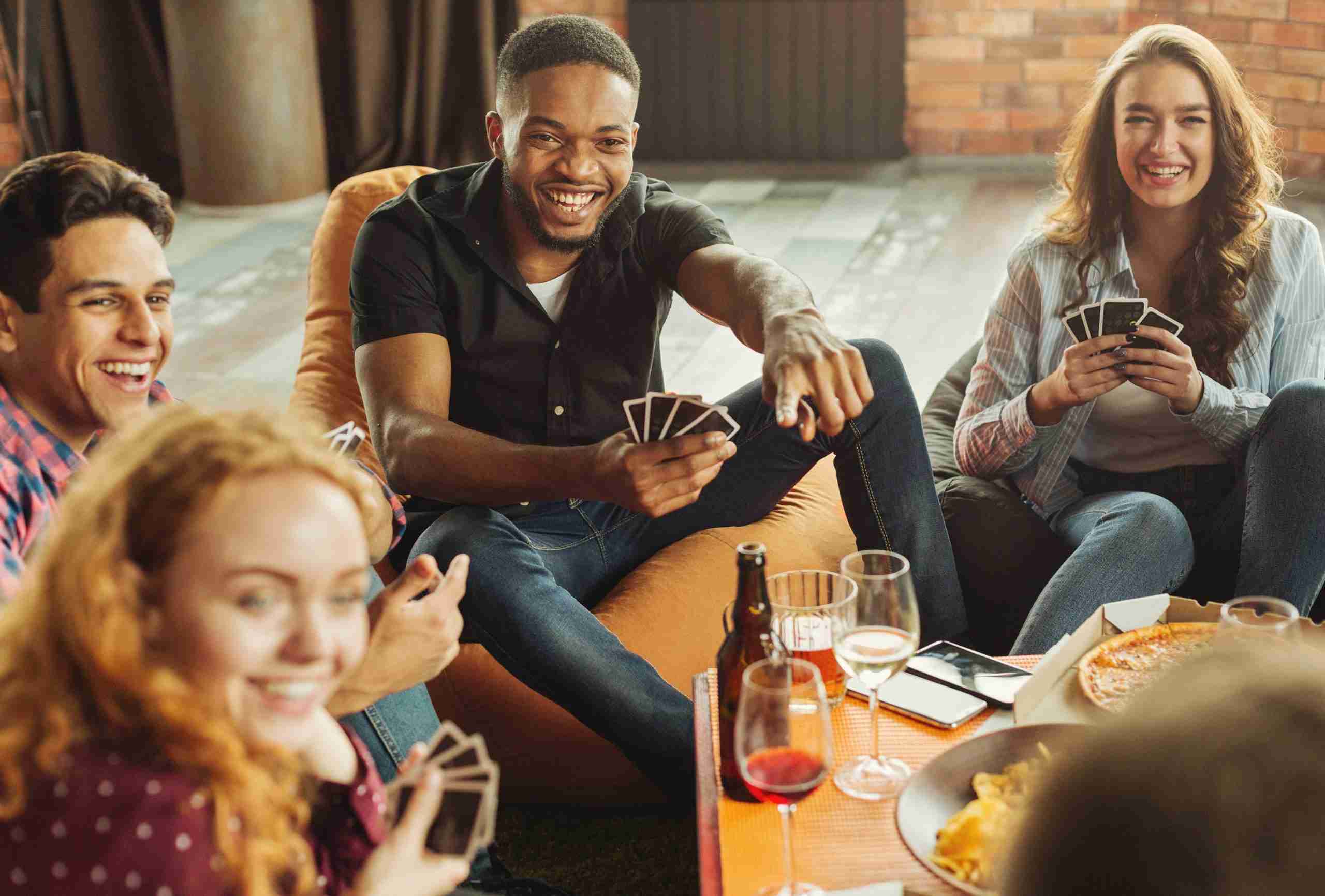 Catchphrase is a great game for larger groups and can be played by four or more players. The objective of the game is to guess the word or phrase that appears on the screen. It's straightforward and great for igniting laughs and stories!

Exploding Kittens is essentially a friendly version of Russian Roulette. Exploding kittens is filled with colorful cards and charming artwork; this game is sure to have you laughing out loud. And we promise that no kittens were harmed in the creation of this game!

Taboo is another great game for groups of friends and can best be played with four or more players. The way to win the game is to guess the word on the card without saying any of the taboo words. It's far more challenging than you think!

Cards Against Humanity is a party game for folks with a darker sense of humor. The game is best played with four or more players and is filled with cards that will make most blush. Not to be played with grandma!

Which Airbnb Games are Right for My Rental?

When choosing the bests games for Airbnbs to include in your short-term rental, consider what types of guests you are marketing to.

Games like Pictionary, Cards Against Humanity, Catchphrase, and Apples to Apples are perfect for larger rentals because they can be played with a big group. If you cater toward groups, you definitely want to include games like these!

If you're hosting a one-bedroom, games like checkers, chess, and other two-player games make more sense. Or, if you're a child-friendly rental, choose games that are fun for all ages!

So there you have it – the 17 best games for Airbnb guests. From classic board games to newer party games, there's sure to be a game that everyone will enjoy. So get ready to have some fun and make some memories!

WHAT ARE YOU WAITING FOR?

Take your Vacation Rental to the next level.

Please log in again. The login page will open in a new tab. After logging in you can close it and return to this page.